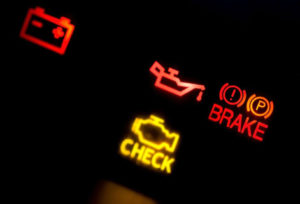 The code may be:

Error 0011 often pops up after replacing the timing belt. The appearance of this code is due to incorrect distribution phases. To eliminate the malfunction, the user must diagnose the correctness of the installed shafts (combine the marks on the crankshaft and camshaft). In some cases, the reason is the malfunctioning of the solenoid valves.

Combinations can be displayed in variations:

The decoding of code 0014 on the Opel Astra Z16XEP and other models is a malfunction of the solenoid valves of the camshaft phase shifters of the motor. To solve the problem, you need to clean the contact elements. If these steps did not help to fix the malfunction, then the valves are replaced together with the camshaft gears. With such a problem, difficulties in starting the engine are possible.

Incorrect position of crankshaft and camshafts. Diagnostics of the sensors of both nodes is required, as well as a check of gear integrity.P0068

The code needs to be read as “throttle assembly malfunction.” With such a problem, jumps in idle speed of the engine are possible, as well as an increase in fuel consumption. A possible cause may be damage to the plastic valve cover, which led to air leaking into the crankcase of the power unit.

Codes can be in variations:

Code 0170 may indicate that the microprocessor module recorded errors during the formation of a combustible mixture in the engine cylinders. The power unit may function unstably at idle and during movement. Items to check:

Combination 0171 reports the depletion of the combustible mixture. The error can be accompanied by an increase in fuel consumption, especially when idling (consumption can increase to 2–3 liters). Most likely, the reason is a malfunction of the vacuum brake booster membrane, due to which air leaks into the power unit. The problem may be accompanied by abnormal sounds in the operation of the amplifier device. To fix the malfunction, it will be necessary to replace the vacuum amplifier assembly. In addition to this node, the causes of the problem can be as follows:

The appearance of the code P0299 may be due to the following reasons:

The appearance of this code is due to the following features;

Code 0300 indicates common misfire in one of the engine cylinders. 0301, 0302 and 0303 – indicate, respectively, that the error in the first, second and third cylinder. To eliminate the cause, you need to check the compression and all the sensors that affect the formation of the air-fuel mixture.

Code 0400 reports the failure of the exhaust gas recirculation system. To resolve the problem, you need to check the integrity and tightness of the nozzles of the node, if necessary, damaged lines are changed.

The code indicates excess gas flow in the recirculation system.P0420

Codes may appear as:

Malfunction 0420 reports problems with the operation of the catalyst. In case of error 4205A, the unit is subject to complete diagnostics and replacement in case of failure.

Throttle control system malfunction. With an error of 1220, the assembly is subject to diagnostics; if the mechanism is jammed in the open or closed position, it must be lubricated.

Code 2119 indicate a malfunction in the throttle control system. Possible damage to the device body or malfunction of the sensor. Also, the cause may be sticking of the shutter in the open or closed position.

The appearance of the combination P2101 reports a malfunction of the throttle assembly, in particular, its electric motor. It is necessary to check the damper itself and make sure that it does not stick in the open or closed position when moving. In some cases, the lubrication of the device will allow solving the problem, but most likely, the motor itself will have to be changed.

Malfunction of the vacuum tank of the bypass valve, damage may occur. The tank is located behind the intake manifold, in the central part. To fix the error, the first thing to do is check the integrity of the tank. To do this, you need to blow through the pipes, but you need to remember that the defect can be insignificant and invisible at first glance. If there is a hole in the tank, it will have to be changed.